It is an industry wide requirement that all new diesel powered cars employ a system for filtering particulates from the exhaust.

Department for Transport have announced that as from February 2014 MOT Tests for diesel cars are to be tightened up to ensure vehicles have a critical exhaust filter. Testing stations will be required check for a diesel particulate filter (DPF) in the inspection of the exhaust system as part of the MOT test from February 2014.

“The vehicle will automatically fail the MOT test if the filter had been fitted as standard but is found to be no longer present.” 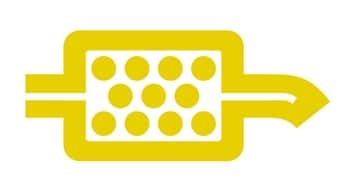 For many years we have turned down requests by our customers to remove their Diesel particulate filter (DPF). This may have lost us some work, and perhaps customers but we were sure at some point the DPF would be included in the MOT test.

It would now seem our reluctance to do this was indeed the right decision, and have saved customers wasting their time and money, only having to have to put a new the DPF back on their car again.

If you have bought a car and don’t know if it has been removed let us check it out for you for you.

5 Essential Items to Keep in Your Car

How to make your car tyres last longer

5 Reasons You Should Service Your Car Regularly

Everything you need to know about car brakes

Car care tips after having it parked up most of lockdown

We use cookies on our website to give you the most relevant experience by remembering your preferences and repeat visits. By clicking “Accept”, you consent to the use of ALL the cookies.
Cookie settingsAccept
Manage consent

This website uses cookies to improve your experience while you navigate through the website. Out of these, the cookies that are categorized as necessary are stored on your browser as they are essential for the working of basic functionalities of the website. We also use third-party cookies that help us analyze and understand how you use this website. These cookies will be stored in your browser only with your consent. You also have the option to opt-out of these cookies. But opting out of some of these cookies may affect your browsing experience.
Necessary Always Enabled
Necessary cookies are absolutely essential for the website to function properly. These cookies ensure basic functionalities and security features of the website, anonymously.
Functional
Functional cookies help to perform certain functionalities like sharing the content of the website on social media platforms, collect feedbacks, and other third-party features.
Performance
Performance cookies are used to understand and analyze the key performance indexes of the website which helps in delivering a better user experience for the visitors.
Analytics
Analytical cookies are used to understand how visitors interact with the website. These cookies help provide information on metrics the number of visitors, bounce rate, traffic source, etc.
Advertisement
Advertisement cookies are used to provide visitors with relevant ads and marketing campaigns. These cookies track visitors across websites and collect information to provide customized ads.
Others
Other uncategorized cookies are those that are being analyzed and have not been classified into a category as yet.
SAVE & ACCEPT